Geese in a Halloween Sunset

Multiple flocks of migrating Canada Geese (Branta canadensis) are silhouetted against the evening sky as the sun sets over Blackwater National Wildlife Refuge on the Eastern shore of Maryland, Halloween night, October 31, 1990. Blackwater National Wildlife Refuge, encompassing over 27,000 acres of wetlands, is a major stop on the Atlantic Flyway for many types of waterfowl and other birds. The refuge, established in 1933 as a waterfowl sanctuary, has been designated of “International Importance" by the Ramsar Convention as it supports over 250 bird species, 35 species of reptiles and amphibians, 165 species of threatened and endangered plants, and numerous mammals. During winter migration, Blackwater Refuge is home to approximately 35,000 geese and 15,000 ducks. Fed by the Blackwater River and the Little Blackwater River, it consists of numerous freshwater impoundments, brackish tidal wetlands, open fields, and mixed evergreen and deciduous forests. The Blackwater name refers to the tea-colored waters darkened by tannins leached from the marsh peat soil through which they drain. 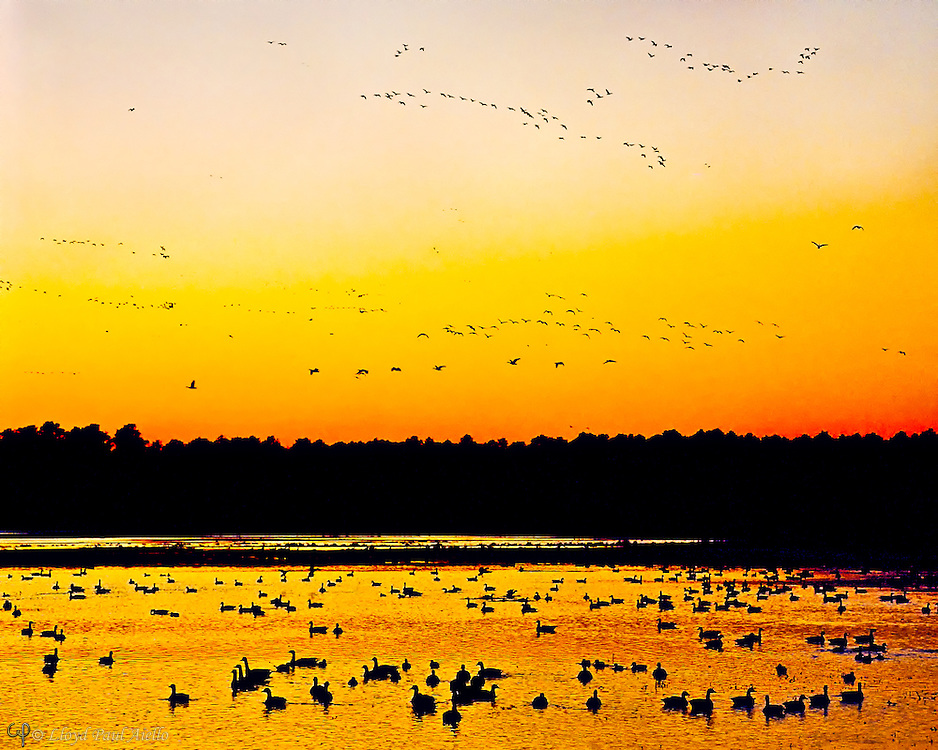