The Art of Living Dangerously - Bullfrog and Fly

An American Bullfrog (Rana catesbeiana) waits motionless in a small pond completely covered in Duckweed (Lemnaceae) in hopes of catching a small fly (Drosophilidae) walking along the edge of its mouth.

The bullfrog is native to eastern North America with a natural range from the Atlantic Coast to as far west as Oklahoma and Kansas. However, it has been introduced elsewhere where it is considered an invasive species, including Arizona, Utah, Colorado, Nebraska, Nevada, California, Oregon, Washington, Hawaii, Mexico, Canada, Cuba, Jamaica, Italy, Netherlands, France, Argentina, Brazil, Uruguay, Venezuela, Colombia, China, South Korea and Japan. In some areas, the bullfrog is used as a food source. 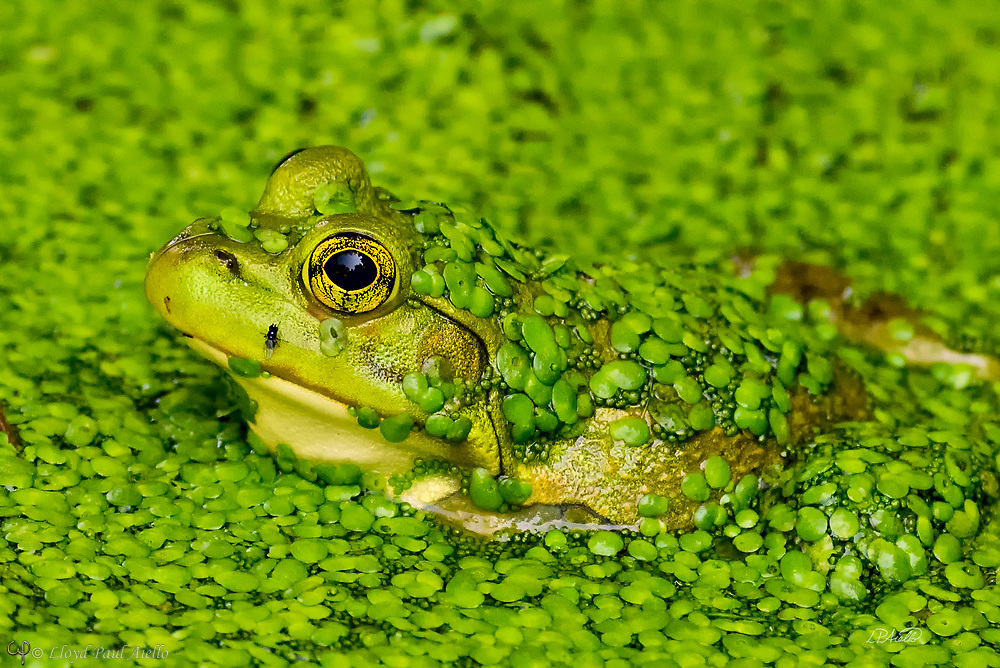