A bumblebee (genus Bombus) wing is highlighted against the bright yellow blooms of a flowering Goldenrod (Solidago) plant. Goldenrod belongs to a genus of about 100 species in the aster family which are mostly native to North America. Bumblebees, like their relatives the honeybees, feed on nectar using a long hairy proboscis which is folded under the head during flight. Over 250 species of bumblebee are known, being found primarily at higher altitudes or latitudes in the Northern Hemisphere, although they are also found in South America.
Short and stubby, with small wings, the bumblebee doesn't look very flight-worthy and indeed, in the 1930s the French entomologist August Magnan wrote that the insect's flight is actually impossible, a notion that has stuck in popular consciousness since then.

However, the question of how these little wings generate enough force to keep the insect in the air has been mostly resolved. In 2005, a study by Dr. Michael Dickinson in the Proceedings of the National Academy of Sciences used high-speed photography of actual flying bees and force sensors on a larger-than-life robotic bee wing flapping in mineral oil. The solution became apparent after it was discovered that bumblebees don’t flap their wings up and down, they actually flap their wings back and forth.

The aerodynamics of bumblebee flight is different from those that allow a plane to fly. For bumblebees it is somewhat like a partial spin of a helicopter propeller. In addition, the angle of the wings create vortices like small hurricanes that have lower pressure than the surrounding air, and by keeping those eddies above its wings, they help the bee stay aloft. 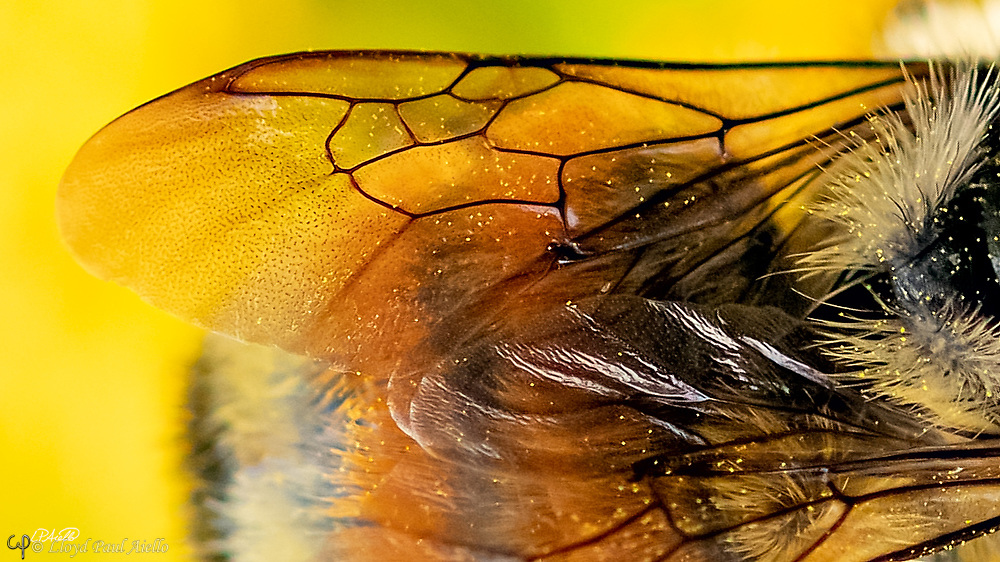