Jupiter Reflection and the Milky Way

The planet Jupiter is reflected in the Carrabassett River of northern Maine as it sets along with the Milky Way in late August. Jupiter is the fifth planet from the Sun and the largest in our Solar System. It is a gas giant with a mass one-thousandth that of the Sun, but two-and-a-half times that of all the other planets in the Solar System combined. When viewed from Earth, Jupiter can be bright enough for its reflected light to cast shadows, and it is generally the fourth-brightest natural object in the sky after the Sun, Moon and Venus (although at times Mars can be brighter than Jupiter). Jupiter has 79 known moons.

This is a single image taken while standing in the middle of the Carrabassett River. The rocks were briefly illuminated with a headlamp during the 20 second exposure. 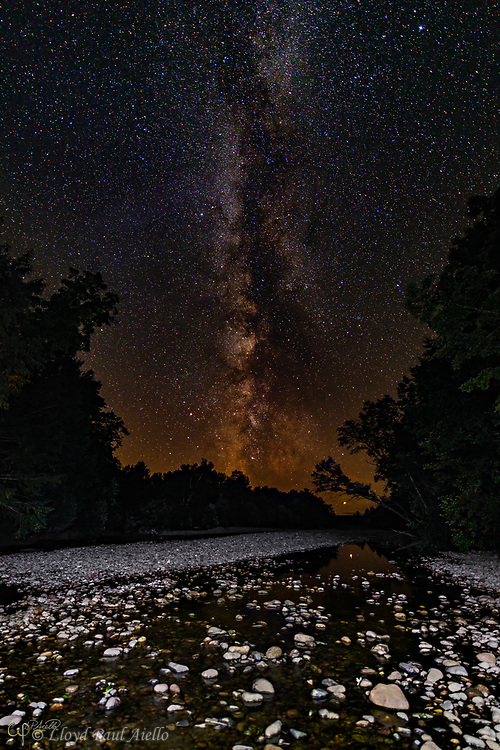