Under a moonless night sky in Death Valley California, headlights from a passing car light the barren landscape at Zambriske Point making it seem as though one is standing on another planet looking out into the universe. The upper left star cluster is the Pleiades (also known as the Seven Sisters or Messier object 45) which is a 100 million year old formation approximately 130 parsecs (424 light-years) from earth.

Zabriskie Point is part of the Amargosa Range located on the eastern side of Death Valley. The area is noted for its erosional landscape, composed of sediments from Furnace Creek Lake, which dried up 5 million years ago—long before Death Valley came into existence. This ancient lake began forming approximately nine million years ago. During the several million years of the lake's existence, sediments composed of saline muds, mountain gravels, and ashfalls from the then-active Black Mountain volcanic field collected at the bottom of the lake.

Camels, mastodons, horses, carnivores, and birds left tracks in the lakeshore muds, along with fossilized grass and reeds. Borates were concentrated in the lakebeds from hot spring waters and decomposition of rhyolite in the nearby volcanic fields. Indeed, the location is named after Christian Brevoort Zabriskie, vice-president and general manager of the Pacific Coast Borax Company in the early 20th century. The company's twenty-mule teams were used to transport borax from its mining operations in Death Valley. 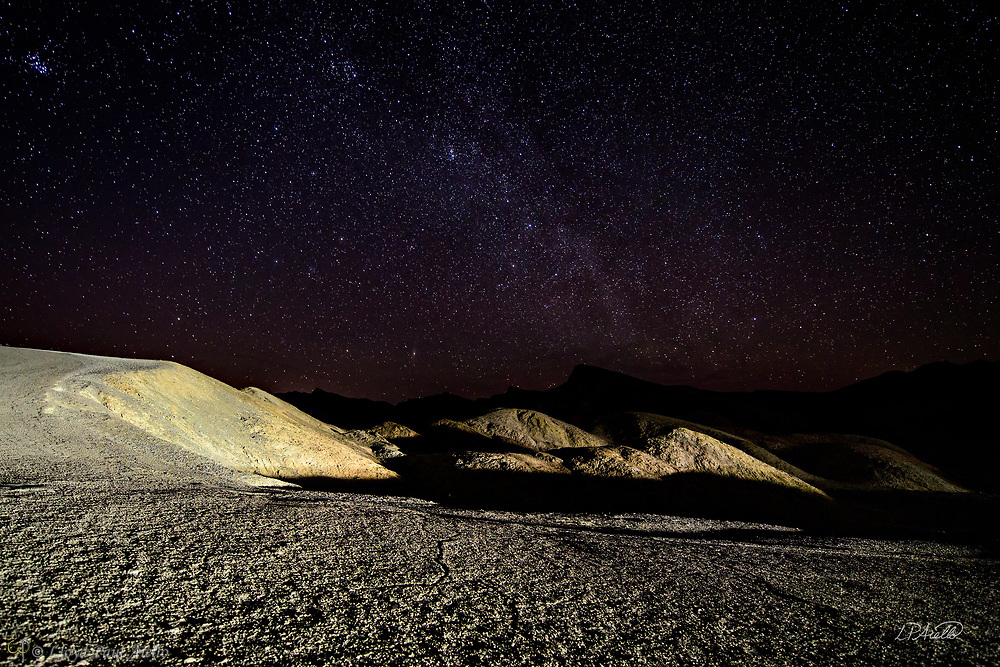