A House Finch (Haemorhous mexicanus) perches in front of an azalea that has changed color in the fall. These finches are 5-6 inches long with a 8-10 inch wingspan and a weight of 0.6-1.0 ounces. Male coloration varies in intensity with the seasons and is derived from the berries and fruits in the bird's diet. Originally only a resident of Mexico and the southwestern United States, they were introduced to eastern North America in the 1940s. The birds were sold illegally in New York City as "Hollywood Finches". To avoid prosecution under the Migratory Bird Treaty Act of 1918, vendors and owners released the birds. House Finches have become naturalized across the Eastern U.S., where now there are an estimated 267 million to 1.7 billion individuals in North America. 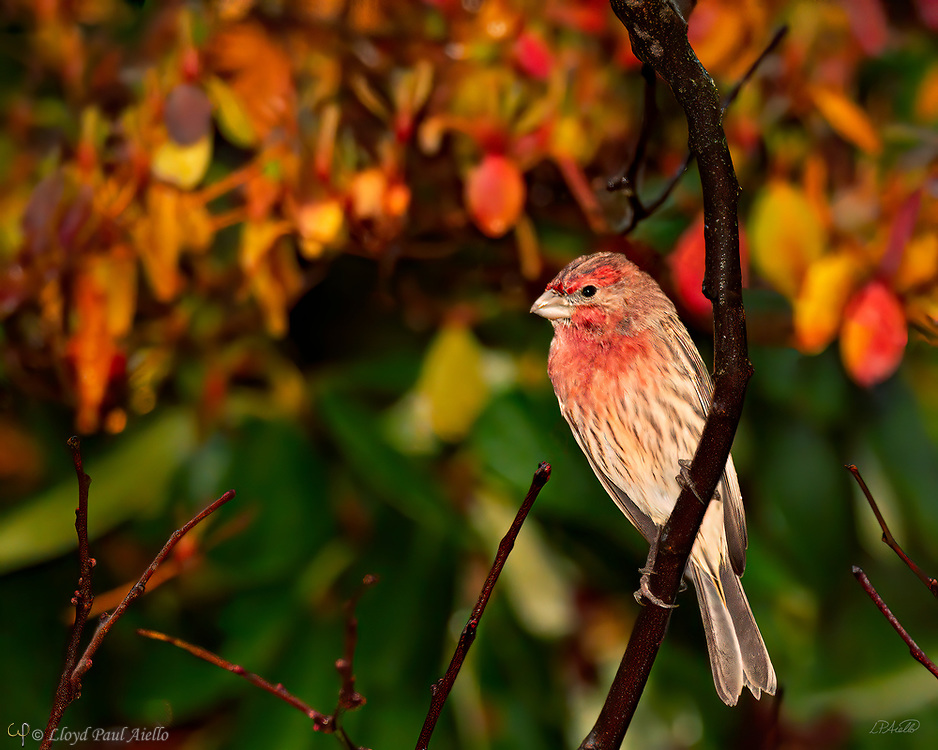