Guardian of the Jolanda

An adult 14-inch Queen Angelfish (Pomacanthus maculosus) glides over a reef outcrop covered in colorful soft corals under the shadow of the shipwreck Jolanda prior to its being lost into the abyss of the Red Sea, Ras Mohammad, Sinai, Egypt in 1985. The Jolanda was a 72 meter Cypriot merchant ship owned by the Sea Brother Marine Shipping company. During a severe storm on April 1, 1981 the ship hit a southern reef mount at the tip of the Ras Mohammad peninsula where after 4 days she rolled over onto her port side, her bow awash, and her stern hanging over the edge of the reef. During a storm in 1985 a wire holding the wreck on the reef snapped and the wreck plunged into the abyss, lost until its rediscovery two decades later on May 26, 2005 in 145 - 200 meters of water. Today the only evidence of its brief shallow water presence are the remains of its cargo of toilets shown in the lower left of the photograph. 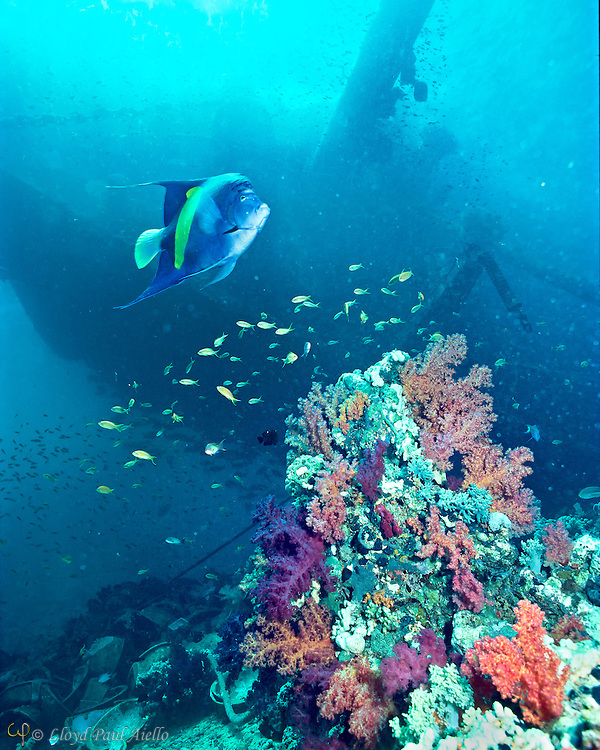