The red-winged blackbird has been considered the most abundant living land bird in North America, with more than a million birds per flock and the total number of breeding pairs across North and Central America exceeding 250 million in peak years. The red-winged blackbird is sexually dimorphic with the male being all black with a red shoulder and yellow wing bar, while the female is a nondescript dark brown. Red-winged blackbirds are polygynous, with territorial males defending up to 10 females. Seeds and insects make up the bulk of the red-winged blackbird's diet. 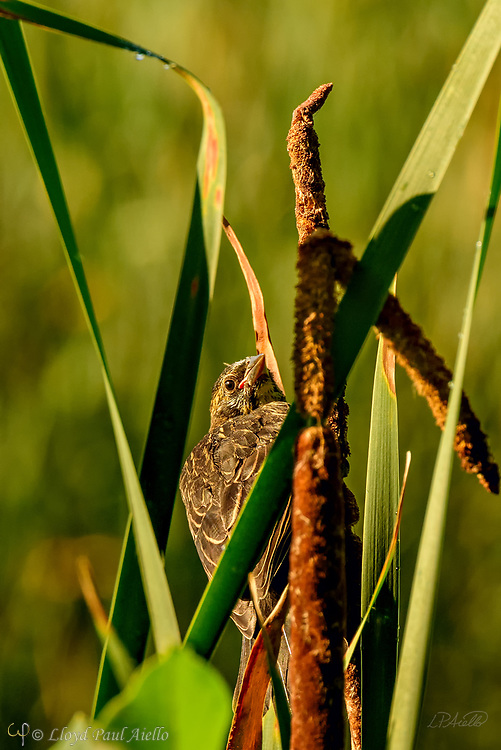