The ahermatypic Orange Cup Coral (Balanophyllia elegans) extends its 2-inch-long yellow-spotted tentacles to feed at night 50 feet below the surface of the Red Sea at "The Temple", Sinai, Egypt. Although this organism closely resembles in an anemone, it is actually a true hard coral. Corals are carnivorous animals which feed upon microscopic zooplankton by trapping them with their tentacles. Most corals possess a symbiotic relationship with a class of algal cells known as zoozanthellae and are thus termed hermatypic. Since algal cells undergo photosynthesis, hermatypic corals can also obtain energy from sunlight. In addition, zoozanthellae reduce the concentration of carbon dioxide within the cells of the hermatypic coral and thus help precipitate calcium carbonate from seawater. Calcium carbonate is a chemical from which a corals calcareous skeleton is made. However, Balanophyllia elegans is an ahermatypic coral and does not associate with algal cells. Consequently, these corals consist of a single polyp and secrete only a simple thin skeleton. Unlike their hermatypic counterparts, ahermatypic corals may be found in all oceans of the world and at depths beyond the reach of sunlight. The white soft coral at bottom (Xenia) exhibits a slow, rhythmic opening and closing movement of unknown function. 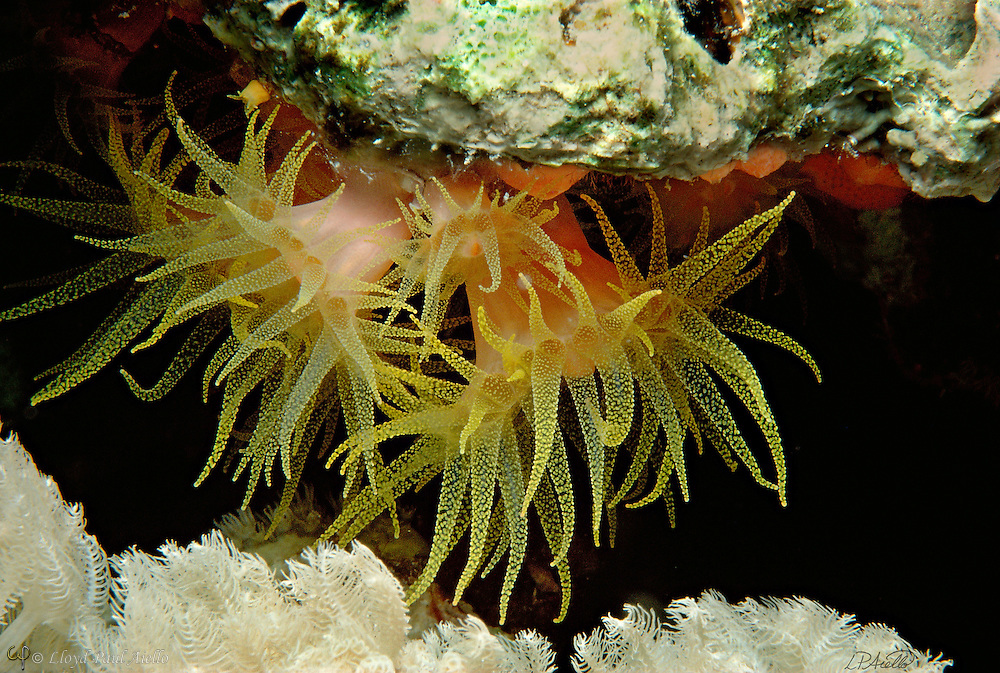