The Andromeda galaxy is visible as the tilted disk of stars to the upper right of the photograph. Also known as Messier 31, M31, or NGC 224, it is a spiral galaxy approximately 780 kiloparsecs (2.5 million light-years) from Earth. It is the nearest major galaxy to the Milky Way. Andromeda is approximately 220,000 light years across, and it is the largest galaxy of the Local Group, which also contains the Milky Way, the Triangulum Galaxy, and other smaller galaxies. Andromeda contains one trillion stars, at least twice the number of stars in the Milky Way. 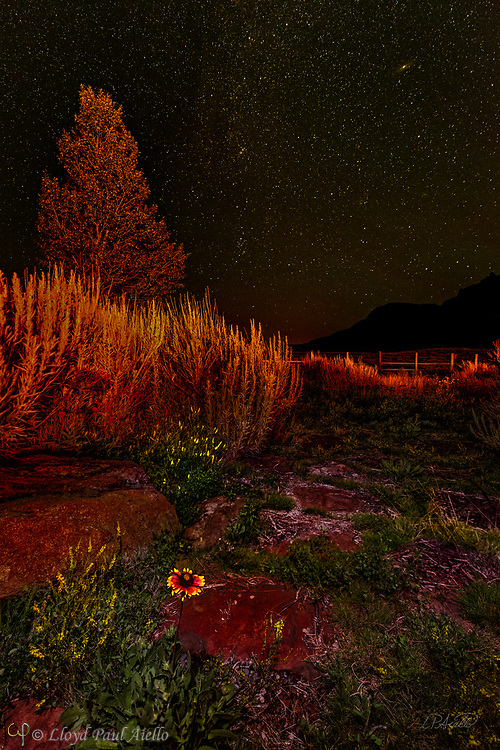