The Northern Cardinal (Cardinalis cardinalis) is a North American bird also known colloquially as redbird or common cardinal. It can be found from southern Canada, through the eastern United States and south to Mexico. It prefers woodlands, gardens, shrublands, and swamps. The Northern Cardinal has a body length of 8-9 inches and a wingspan of 10-12 inches. The male is a vibrant red, while the female has a dull red-brown splotchy plumage. The Northern Cardinal is mainly granivorous, but also feeds on fruit or insects. The cardinal was once prized as a pet, but its sale as cage birds is now banned in the United States by the Migratory Bird Treaty Act of 1918. This particular male Northern Cardinal is enduring a winter blizzard in Belmont, Massachusetts. 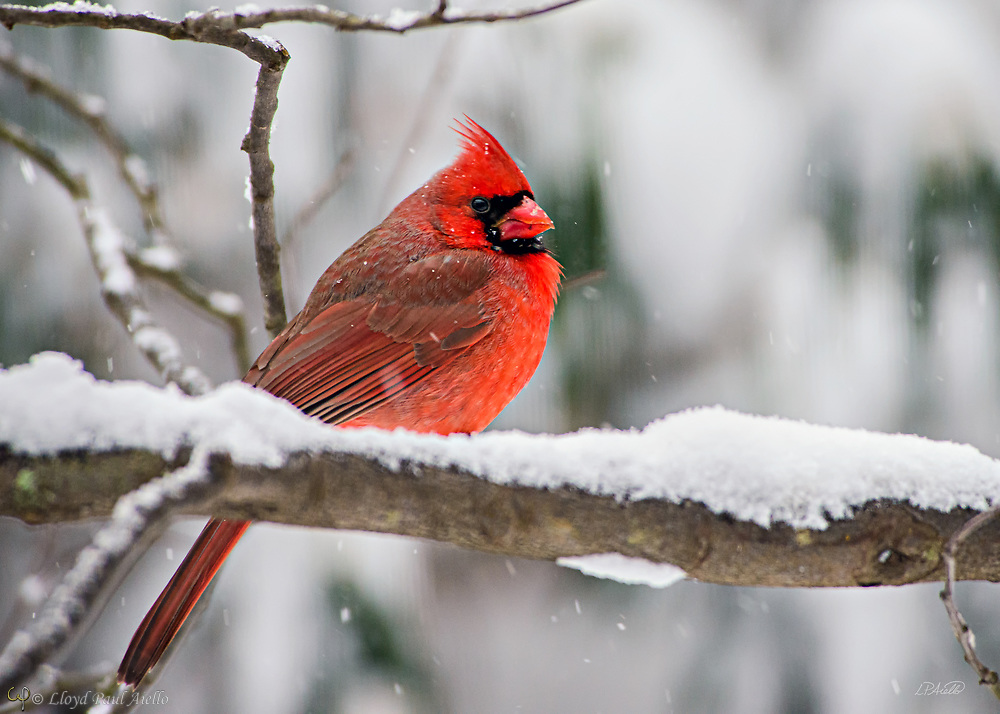