This Seat is Mine

An eastern chipmunk (Tamias striatus) stares defiantly from his seat on an old granite urn in Mount Auburn Cemetery, Cambridge, Massachusetts. The eastern chipmunk is the sole living member of the chipmunk subgenus Tamias, and is found only in eastern North America. The name "chipmunk" is derived from the Algonquian language meaning “one who descends trees headlong.” The eastern chipmunk reaches 30 cm (12 in) in length including the tail, with a weight of 66–150 g (2.3–5.3 oz). Interestingly, it has two fewer teeth than other chipmunks and four toes each on the front legs, but five toes on each of the hind legs. Although they climb trees well, they construct underground nests with extensive tunnel systems, and several entrances. To hide the construction of its burrow, the eastern chipmunk carries soil away from its hole in its cheek pouches. They are mainly active during the day, consuming bulbs, seeds, fruits, nuts, green plants, mushrooms, insects, worms, and bird eggs. The eastern chipmunk leads a solitary life, except during mating season. Females usually produce one or two litters of three to five young, usually from February to April and/or June to August. On average, eastern chipmunks live three or more years in the wild, although in captivity they may live up to eight years. 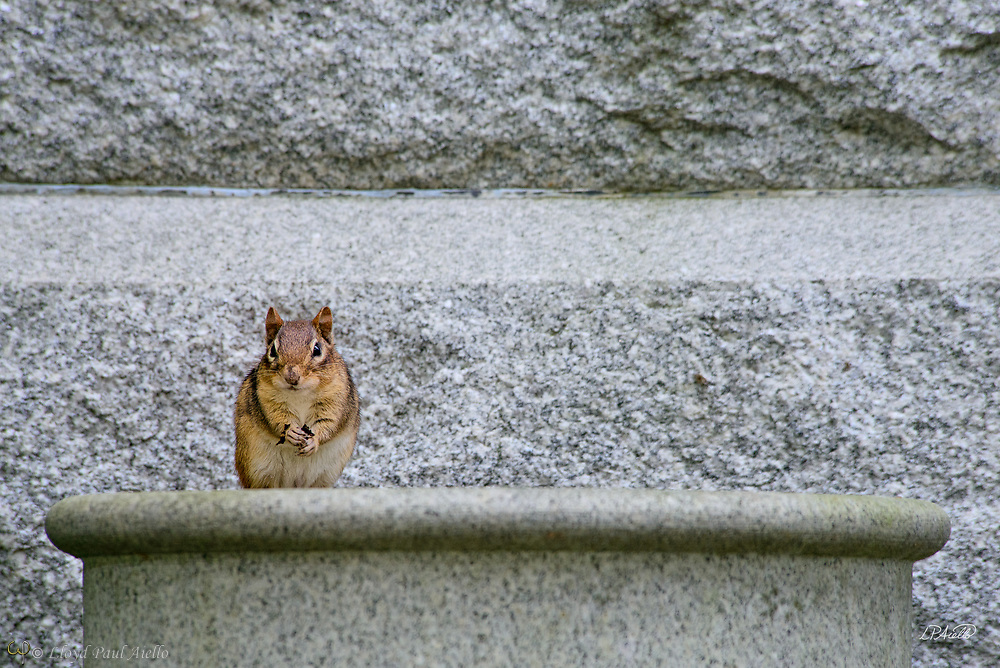