This Amaryllis was grown by the photographer and was nearly 3 feet tall (>90 cm) with a bloom 10 inches (25 cm) in diameter. The popular houseplant called Amaryllis (Hippeastrum) is a genus of about 90 species and over 600 hybrids. The genus has been intensely bred and cultivated since the early nineteenth century to produce large colorful showy flowers. The bulbs are generally between 5–12 cm (2"–5") in diameter and produce two to seven evergreen or deciduous leaves that are 30–90 cm (12"–36") long and 2.5–5 cm (1"–2") wide. The leaves develop after flowering.

Hippeastrum species are concentrated in Eastern Brazil and the central southern Andes of Peru, Bolivia and Argentina, on the eastern slopes. Some species are found as far north as Mexico and the West Indies. The genus is thought to have originated in Brazil where at least 34 of the species have been found. Their habitat is mainly tropical and subtropical.

Hippeastrum breeding began in 1799 by Arthur Johnson, a watchmaker in Prescot, England. Johnson shared his work with the Liverpool Botanic Garden which was fortunate, since his greenhouse was destroyed in a fire. His hybrid was being cultivated in the US by the mid-nineteenth century.

The late 19th and early 20th century saw Amaryllis breeding develop in the United States, particularly in Texas, California, and Florida. In 1946, two Dutch growers moved to South Africa and began cultivation there. Although most cultivars of Hippeastrum come from the Dutch and South African sources, bulbs are now being developed in the United States, Japan, Israel, India, Brazil and Australia.

Hippeastrum has yielded at least 64 isoquinoline alkaloids, which include anti-parasitic and psychop 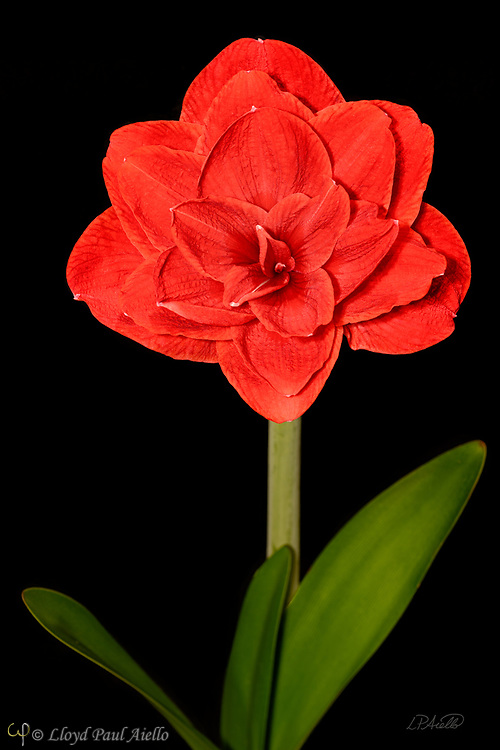