In this image, 10 different photographic exposures of the solar eclipse were composited to show the eclipsing moon, solar prominences and the corona. (exposure stack of 10 images) 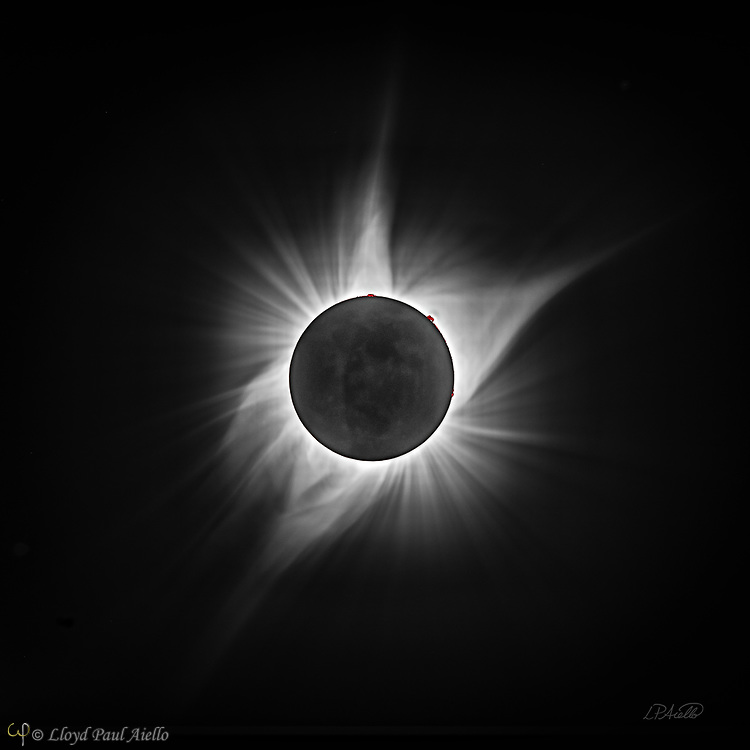