In this image, 10 different photographic exposures of the solar eclipse were composited to show the eclipsing moon, solar prominences and the corona. The image was then manipulated by a process involving radial blur subtraction and image offset overlay to accentuate the pattern of the corona. The coloration of the eclipsing moon and the solar prominences were retained in this rendition. (exposure stack of 10 images) 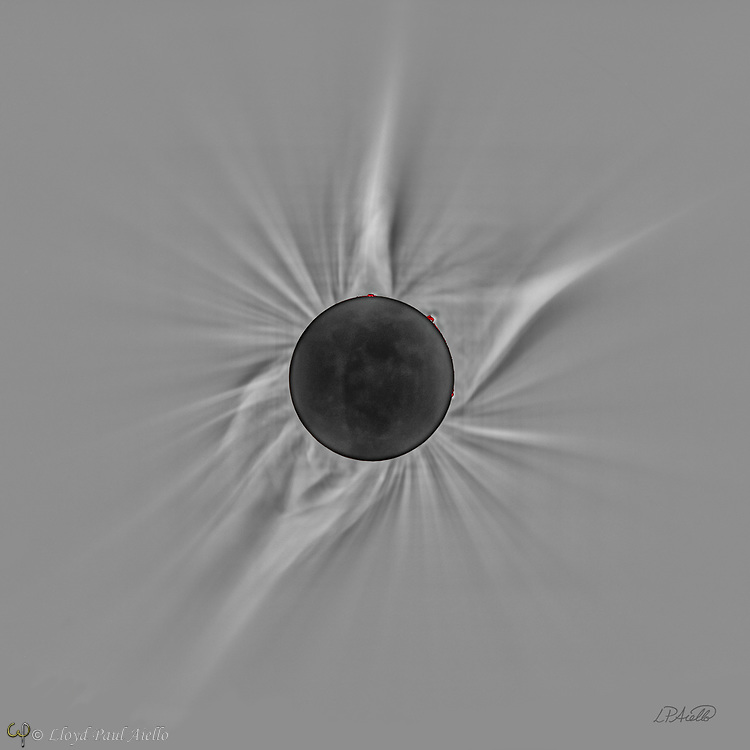