An Isabella Tiger Moth (Pyrrharctia isabella) caterpillar searches the bark of a Northern White Cedar (Thuja occidentalis) in northern Maine for a suitable location in which to pass the winter. Found throughout North America except in most northern Canada, they will usually settle under a section of tree bark, a rock, or a log where they produce a natural organic antifreeze that permits then to survive cold temperatures as extreme as -90oF!

The caterpillars have many names: Wooly Worm, Fuzzy Bear, Hedgehog Caterpillar and Woolly Bear. The timing of their travels and their distinctive banded coloration has led to a robust folklore of their being an established predictor of the severity of the winter to come.

In fact, the coloration of the Woolly Bear is a result of its age, species and diet. A more favorable growing season for the caterpillar results in a narrower red-orange middle band. As the caterpillars molt, their colors change, acquiring more black and less red. 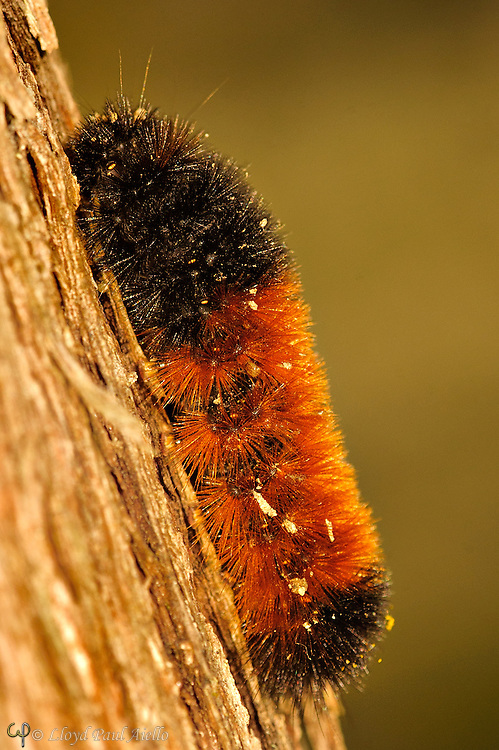