This image is a focus stack of 3 photographs where the foreground was briefly illuminated with a headlamp during each 20 second exposure. 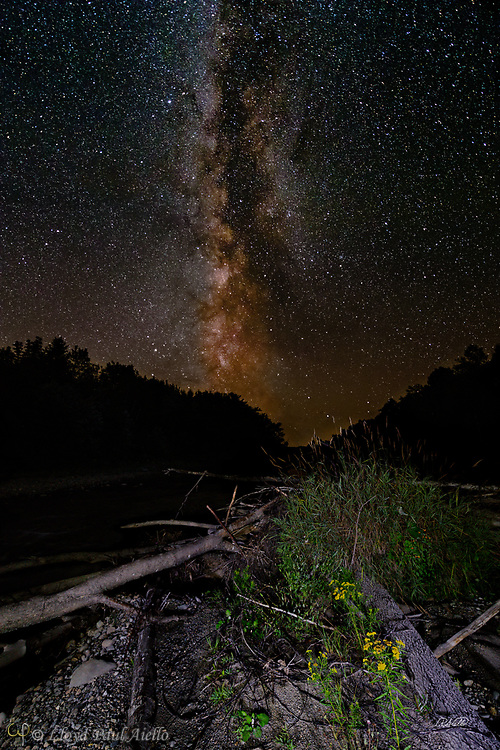